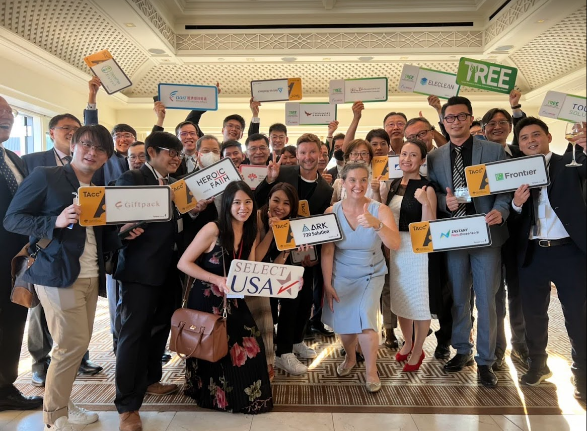 Taiwan startups won big at the SelectUSA Tech competition in the U.S. state of Maryland, claiming two top prizes and one second place in the seven-category contest, according to the Ministry of Economic Affairs July 2.

A total of 14 local startups competed against finalists from around the world in the competition, which is part of the SelectUSA Investment Summit held June 26-29. The other major categories were CleanTech, eCommerce and Retail, FinTech, Software and Other, the ministry added.

During the summit, the MOEA’s Small and Medium Enterprise Administration Director General Ho Chin-tsang met with Maryland Department of Commerce Senior Director Jessica Reynolds to discuss setting up a startup exchange platform between Taiwan and the state, the ministry said, adding that the country’s Startup Terrace in New Taipei City, the Asia New Bay Area 5G AIoT Innovation Park in the southern city of Kaohsiung and TAcc+ will work with innovation accelerators in Maryland to deepen cooperation between the two sides.

Launched in 2013 by the U.S. Department of Commerce, SelectUSA is the most high-profile event dedicated to promoting foreign direct investment into the U.S.

Following the summit, Ho and representatives from 23 Taiwan startups toured California’s Silicon Valley and attended a NextGen Telecom roundtable hosted by the American Institute in Taiwan, the MOEA added. (YCH-E)