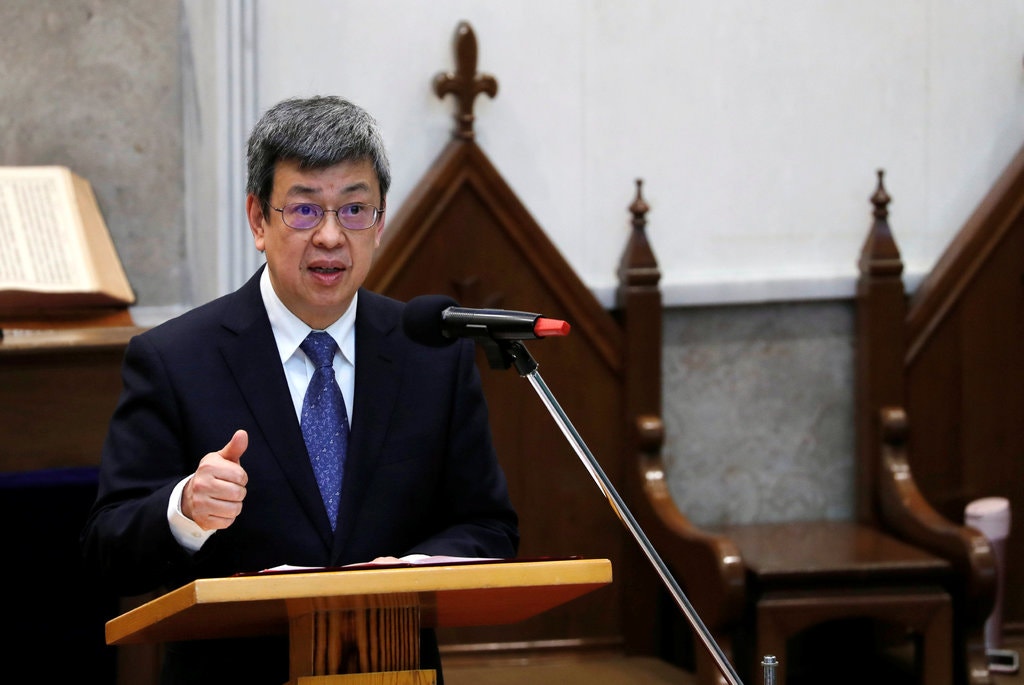 TAIPEI, Taiwan — The calls come at night, when Taiwan’s vice president, Chen Chien-jen, is usually at home in his pajamas. Scientists seek his advice on the development of antiviral medications. Health officials ask for guidance as they investigate an outbreak of the coronavirus on a navy ship. Like many world leaders, Mr. Chen is fighting to keep the coronavirus at bay and to predict the course of the pandemic. He is tracking infections, pushing for vaccines and testing kits, and reminding the public to wash their hands. But unlike most officials, Mr. Chen has spent his career preparing for this moment: He is a Johns Hopkins-trained epidemiologist and an expert in viruses. That experience has thrust Mr. Chen from behind the scenes to the forefront of Taiwan’s response to the crisis. He has embraced his rare dual role, using his political authority to criticize China for initially trying to conceal the virus even as the scientist in him hunkers down to analyze trends in transmission. Mr. Chen is straddling the two worlds at a time when science has become increasingly political. Chinese and American officials are regularly trading unsubstantiated theories attacking one another about the origins of the virus. Around the world, public health experts routinely spar with political leaders over how the virus spreads and the costs and benefits of lockdowns. Mr. Chen says that as vice president, only facts inform his policies. “Evidence is more important than playing politics,” he said in a recent interview in Taiwan’s capital, Taipei.

Now in the final weeks of his term, Mr. Chen’s legacy as vice president may be shaped by Taiwan’s success.

Mr. Chen, 68, with his frizzy gray hair and a toothy smile, is known affectionately in Taiwan as “elder brother,” and many people credit him with helping the island avoid the large-scale infections and deaths from the coronavirus that have overwhelmed many countries. As a top health official during the SARS crisis of 2003, he pushed a series of reforms to prepare the island for the next outbreak, including building isolation wards and virus research laboratories. Taiwan’s early preparations put it in a strong position when the virus hit, and the island has earned widespread praise for its response. It has so far reported about 400 confirmed cases and six deaths, far fewer than many countries. Chong Ja Ian, an associate professor of political science at the National University of Singapore, said Mr. Chen had a mix of “political clout and technical expertise” that was effective in Taiwan, a society where he said there was strong trust in science and respect for medical professionals. Now Mr. Chen hopes Taiwan can play a leading role in helping the world recover from the virus and restart economic growth. He is overseeing efforts to develop a vaccine and produce tools like rapid coronavirus testing kits. “Taiwan cannot stand by when other countries are in great danger,” he said.

Mr. Chen maintains the bookish manner of a research scientist and is largely unaccustomed to the attention. He has made a career out of staying out of political fights, even refusing to join the governing Democratic Progressive Party, which is led by President Tsai Ing-wen. “He is a scholar; he actually doesn’t care much about the power game,” said Chen Chi-mai, a deputy prime minister who as a public health student in the 1990s took an epidemiology class from Mr. Chen and remains a close friend. “He is popular because he is neutral.” The president has deployed Mr. Chen as a leading voice to lobby for greater recognition for Taiwan on the global stage, including pushing for membership in the World Health Organization. Mr. Chen is now at the center of a global battle over the narrative about how the virus spread worldwide. He says Taiwan tried to warn the W.H.O. in late December about the potential for the virus to spread from person to person but was ignored. The W.H.O. has rejected the accusation, saying Taiwan merely requested information from the health agency but did not issue any warning. Mr. Chen has seized the moment, denouncing China’s efforts to block Taiwan from joining the W.H.O. and calling on countries around the world to study the “Taiwan model” of controlling the outbreak. Mr. Chen’s prominence has made him a frequent target of criticism by mainland Chinese commentators, who have accused the government of using the pandemic to seek independence for Taiwan, which China’s government considers part of its territory. “He wears the clothing of professionalism but deviates from the rigorous precision of science and blatantly speaks nonsense and fabricates rumors,” said a recent commentary by Xinhua, China’s official news agency. “The nature of it is particularly vicious.” Mr. Chen laughs at the criticism.

“China has to be focused more on Covid-19 control rather than politics,” he said.

From a young age, Mr. Chen was surrounded by politics. He is the son of a powerful county leader in southern Taiwan and said he quickly developed an appreciation for the art of compromise. “From my father, I learned that politics does not mean people have to fight against each other to the death,” he recalled in an interview in 2016 with Taiwan’s official Central News Agency. “Once people get stranded in such a confrontation, they will constantly find fault with each other.” For much of his career, he made a point of avoiding politics, instead focusing on his first love, the natural sciences. He earned a doctorate in epidemiology and human genetics from Johns Hopkins University in 1982, and became an authority in hepatitis B as well as diseases associated with arsenic exposure. At the height of the SARS outbreak, which infected 671 people and killed 84 people in Taiwan, Mr. Chen was tapped to be health minister. At the time, the government faced a crisis of confidence after the authorities sealed a contaminated hospital with more than 1,000 people inside. The move triggered panic and some people inside the facility, convinced that they or their loves ones had the virus, tried to kill themselves. “We saw people jumping out of windows,” Mr. Chen recalled. “It was really chaotic.”

After working to contain SARS, Mr. Chen led Taiwan in its efforts to prepare for the next outbreak. The government established a disaster management center, increased production of protective gear and revised the infectious disease law, among other measures. Mr. Chen returned to academic life until 2015, when Ms. Tsai, then a presidential candidate, tapped him to be her running mate.

As vice president, Mr. Chen has faced other challenges. He tackled pension reform, prompting protests from civil servants over cuts. A Catholic, he visited the Vatican three times as vice president, angering Beijing, which has urged the Vatican to cut diplomatic ties with Taiwan. He has supported same-sex marriage, which became legal in Taiwan last year, despite criticism from other Christians.

Mostly, he kept a low profile. But in late December, amid the first reports of a mysterious pneumonia emerging in the Chinese city of Wuhan, about 600 miles northwest of Taipei, he jumped into action, worried about the possibility of an epidemic. Mr. Chen quickly ordered the authorities to screen travelers from mainland China and to isolate people showing symptoms of the virus. By Jan. 21, the first case had arrived in Taiwan, and the government soon began rationing masks. After an outbreak on a navy ship, he urged officials to test more than 700 crew members with the hope of collecting data for a study on asymptomatic patients. On May 20, Mr. Chen will step down as vice president. He plans to return to academia and says the coronavirus will be a focus of his research. Every day around 7 a.m., Mr. Chen goes to church, where Mass has been canceled because of the virus.

“I pray to have the courage to change what we can change,” he said, noting the effort to produce better tests, drugs and vaccines. “We have to accept what we cannot change.”