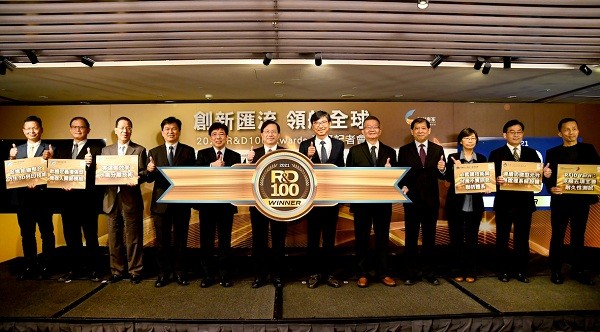 Over the past 14 years, Taiwan has taken a total of 66 awards at the annual event, according to a CNA report.

Speaking at a press conference at the Regent Taipei Hotel, Vice Economic Affairs Minister Lin Chuan-neng (林全能) said this is a testament to the country’s success in technological innovation.

Six of the winning applications this year were developed by the Industrial Technology Research Institute (ITRI), the Institute for Information Industry (III), the Metal Industries Research & Development Center (MIRDC), and the Taiwan Textile Research Institute (TTRI), and one was created by the National Applied Research Laboratories (NARLabs), Lin said.

Though Taiwan has been known for hardware development in the past, Lin said this year’s winners were also focused on software or firmware — the integration of the two.

Meanwhile, ITRI President Edwin Liu (劉文雄) said the next step is for the winning technologies to be transferred to the industry, so local manufacturers can bring them to market.

“We’ve seen much impact in the industries from national laboratories’ innovations, and that is one of the things that the R&D 100 Awards is designed to celebrate — inventions that change the world for the better.”

“ITRI is clearly a major player in this area and a huge resource of Taiwan’s industrial communities,” Paul J. Heney, vice president and editorial director for R&D World, was quoted as saying in an ITRI statement on Tuesday.

Another is the Biomimetic Materials and Structures for Tissue Integration (BioMS-Ti), to be used in sports and orthopedic implants for soft and hard tissue integration. The other winning ITRI innovation is a software-defined augmented robot joint to be deployed as a building block for versatile mechatronic applications.

The four other R&D 100 award winners from Taiwan are heat treatment system equipment for micro parts by the MIRDC, a Radio-Frequency Identification (RFID) yarn by the TTRI, and cloud-based smart point cloud processing software by NARLabs, which developed the technology together with Taiwan’s National Yang Ming Chiao Tung University and Tunghai University.

Organizers claim the R&D 100 Awards have been the most prestigious innovation awards program for nearly six decades. The award announcements took place during a virtual celebration on Tuesday.