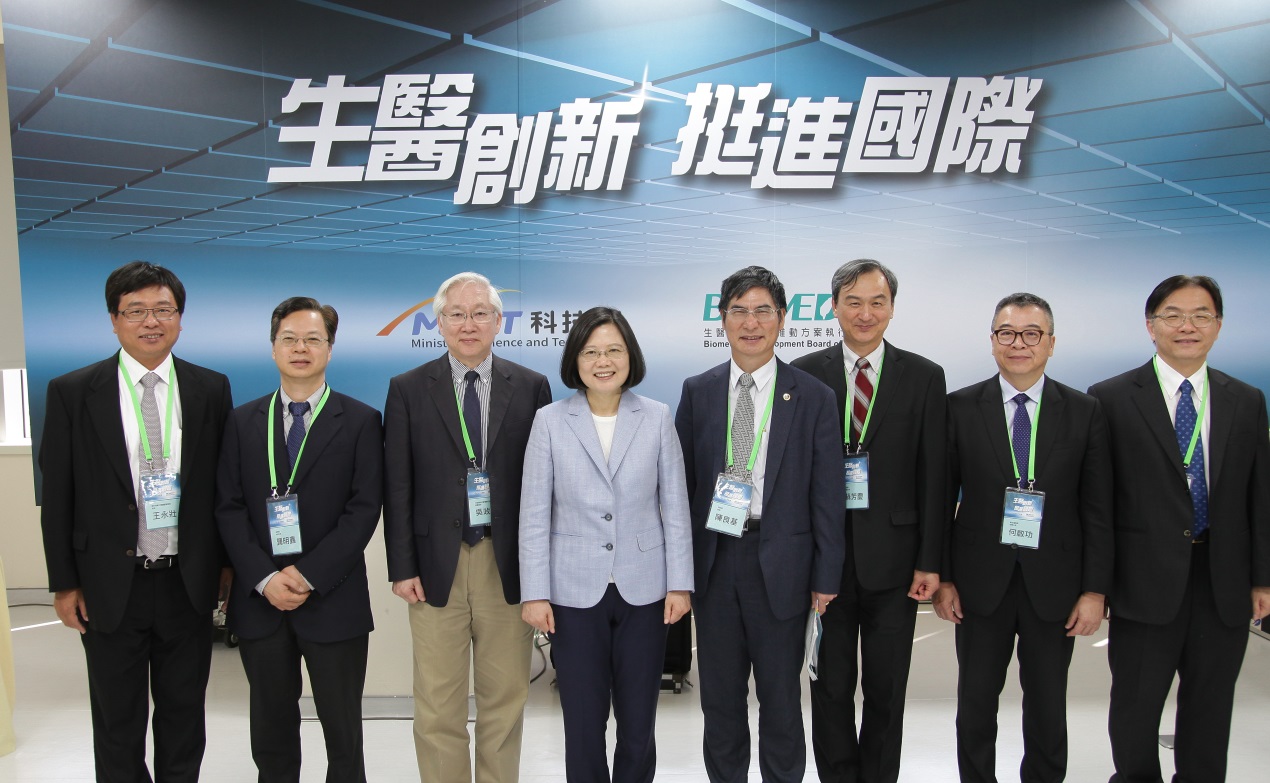 In order to increase the public’s understanding of the implementation progress of the government’s industrial strategies, President Tsai conducted a press trip to tour around the “5+2 industrial innovation”. The press group kicked off on April 27th, and arrived in Hsinchu on May 10th for biomedical industry. They visited various operational sites and exchanged opinions with startups of medical devices and vaccines. The industry representatives urged the government agencies to collaborate, under the Biomedical Industry Innovation Program (BIIP), in solving the problems encountered by the industry and creating a favorable business environment for the future development of the biomedical industry.

The Biomedical Industry Innovation Program (BIIP) is part of the “5 plus 2 Industrial Innovation Policy” derived from the three principles of “innovation, employment and allocation” embedded in the government’s blueprint for the next generation of industries in Taiwan.

The government passed the BIIP in principle in November 2016, and put it into full practice in April 2017. Centered on the theme of “creating local, global and future links”, the BIIP features four major action plans: to build the biomedical clusters, to upgrade industry infrastructure and ecosystem, to connect with global market resources, and to promote featured industries. By pooling together the resources and capacities of the industry, the academia and private sectors, the government has set out to formulate strategies for stimulating economic growth in pharmaceuticals, medical devices and health & wellness. The government’s targets are to create a biomedical industry of one trillion by 2025, and to promote the well-being of the people in Taiwan.

The Press Trip visited Hsinchu on May 10th and was briefed on some smart medical devices developed by manufacturers based in Hsinchu. These products include: a smart mobile blood glucose monitoring system developed by iXensor, an electronic stethoscope developed by iMedi, a negative pressure sleep therapy system developed by Somnics, an innovative laryngeal implant developed by APrevent, a molecular detector for elderly care developed by Instant Nano Biosensors, an implantable medical device manufacturing system developed by Guang-Yu Tech., a brain navigation robot developed by Brain Navi, and, last but not least, a minimally invasive single-site spinal fixation system developed by Wiltrom. These developers have built up a new momentum for the innovative biomedical industry in Taiwan. Furthermore, there are great prospects for Taiwan’s biological products and preventive measures for mosquito-borne infectious diseases in the target countries of the New Southbound Policy. For example, developers of high-end vaccines are targeting on the prevention of Enterovirus in Vietnam and the Dengue Fever in Southeast Asian countries, such as Thailand and Malaysia. Developers are also collaborating with SII, the world’s largest vaccine supplier, on the manufacturing of rotavirus vaccines and measles vaccines. Joint efforts have been made to expedite the R&D of innovative vaccines against regional infectious diseases.