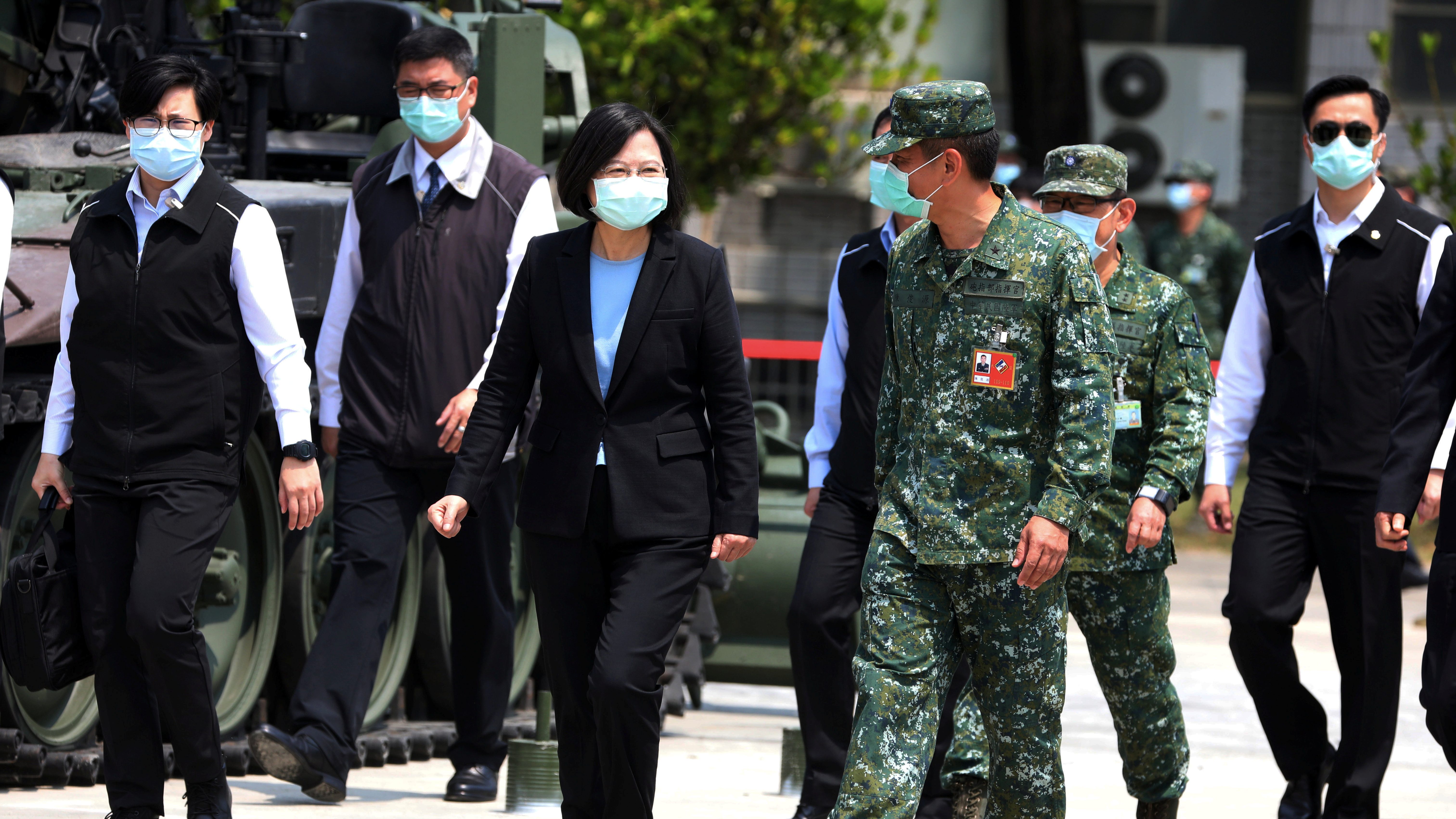 The novel coronavirus has infected more than 4 million people, and killed more than 286,000 around the world. It’s erased decades of economic gains. Few governments have escaped unscathed. And criticism of slow or inappropriate responses are growing in countries like the US, China, Brazil, and the UK.

But at least one country may emerge from this pandemic stronger than before.

Taiwan responded quickly to the outbreak and appears to have limited its spread. Its government leveraged technology to trace and quarantine sick people, upped its mask production, and trained communities for lockdowns through large-scale simulations. The island, which is about 100 miles (161 kilometers) from mainland China—the outbreak’s suspected origin—has reported only 440 cases of Covid-19, and just seven deaths. Australia, a country with a similar population size and well-developed healthcare system, has 6,948 cases and 97 deaths.

The world noticed. Taiwan’s effective pandemic response won it international support, which may help further its decades-long quest to be included in international institutions like the UN and its various agencies, especially the World Health Organization (WHO).

“There’s absolutely no doubt that this has been a strategic opportunity for Taiwan,” said J. Michael Cole, a Taiwan expert and senior fellow with the Ottawa-based Macdonald-Laurier Institute, “and that Taipei has seized it.”

But the island’s rising profile, and its support from US president Donald Trump, may come at the price of angering Beijing, which has started to launch a diplomatic and military response.

China still considers Taiwan part of its territory, though the ruling Communist Party has never had sovereign control over it. Almost all governments in the world, as well as groups like the UN, recognize only the sovereignty of the government in Beijing. As a result, China is able to actively prevent Taiwan from joining organizations like the WHO, whose membership is predicated on statehood. The whole issue will come to a head at next week’s World Health Assembly, the yearly meeting of the WHO’s plenary body.

Stuck between the US and a hard place

The pandemic seems to have hastened the arrival of a “new Cold War” between China and the US—and Taiwan is stuck in the middle. The issue, ostensibly, is Taiwan’s lack of membership in the WHO. Because the UN recognizes only the government in Beijing, and the WHO is a UN body, Taiwan is not a member of the WHO. For eight years, following the 2009 H1N1 influenza epidemic, Taiwan was invited to send observers to the World Health Assembly under the name “Chinese Taipei.” But that ended in 2016 after Taiwan elected a president from a pro-independence party. Beijing has opposed Taiwan’s inclusion as an observer ever since. The WHO says it can only extend invitations to observers if it has the approval of its member states.

Taiwan tries every year to marshal support from friendly countries—usually small nations like Eswatini or Belize—to attend the World Health Assembly. It has also had support from major Western democracies in the past. But this year, the US and its allies are more vocal than before, in part because Taiwan’s public health response has impressed them, but also because it’s an issue they can leverage in their conflict with Beijing.

This week, for example, the US Senate passed a bill directing the State Department to report on and improve its plan to support Taiwan’s participation at the World Health Assembly as an observer. This follows the passage of the TAIPEI Act in March, in which the department was tasked with “strengthen[ing] Taiwan’s diplomatic relations with other partners in the Indo-Pacific region and alter United States’ engagement with nations that undermine the security or prosperity of Taiwan.” The US mission to the UN also argued on Twitter that barring Taiwan from the UN was an affront to the organization’s founding principles. And the State Department launched a campaign on social media arguing for Taiwan’s participation in the WHO, under the hashtag “Tweet for Taiwan.”

The US isn’t the only country speaking out in favor of Taiwan. Officials in Canada, Japan, the European Union, New Zealand, and Australia have also done so, to Beijing’s great displeasure.

American support is key for Taiwan, but it comes with risks. The US is not popular in the halls of the WHO these days, for instance, after it suspended funding to the organization last month and accused it of “severely mismanaging and covering up the spread of the coronavirus.”

Vocal US backing could also trigger a backlash from Beijing that Taipei hopes to avoid. While the Taiwanese government wants a greater role in international organizations, it’s not asking for full diplomatic recognition as a sovereign country. It knows that such demands could invite a response from China’s military, which has recently become more aggressive along Taiwan’s borders.

Coming out on top

Beijing believes that Taiwan is “unscrupulously using the virus to seek independence,” and argues that the US is taking advantage of the situation to hurt China and distract attention from its own botched response to the outbreak.

But experts say one of the main reasons why Taiwan’s message has resonated is because it is so different from China’s own response to the pandemic. Officials in China initially covered up the existence of the virus, and then punished doctors and journalists who tried to warn the public. Chinese diplomats have attacked media outlets and governments that have criticized China for its response. And while China has worked to burnish its image by publicizing its donations of medical supplies, the government has instead found itself forced to deny reports that it’s asking for something in return or that its products are faulty.

Taiwan, meanwhile, has been transparent with its data and donated millions of masks to struggling countries. It is also wielding its soft power. For example, even though professional sports are essentially on hiatus around the world, determined fans can tune in to watch Taiwan’s Chinese Professional Baseball League.

As a result, Taiwan is looking pretty good right now. As Kharis Templeman, an expert on Taiwan at Stanford University’s Hoover Institution, told Bloomberg (paywall), “I can’t think of another issue with such global resonance that has broken so favorably for Taiwan, and so negatively for the [People’s Republic of China], since perhaps the Tiananmen Square massacre.”

While Taiwan’s handling of the crisis may have raised its profile with member states, the WHO itself is frustrated that it has introduced politics into a public health emergency. Ilona Kickbusch, an advisor to the WHO, said Taiwan had become “pushy,” and argued it is using the organization “as a testing ground” for its geopolitical ambitions.

The WHO has made it clear in recent days that it won’t invite Taiwan to the World Health Assembly without its members’ full approval. China is unlikely to greenlight that under the circumstances, and so it looks like Taiwan has lost this particular battle. But it has won many small victories along the way, including the more resolute support of major countries. The Netherlands, for example, changed the name of its de facto embassy in Taiwan from the more formulaic “Netherlands Trade and Investment Office” to the more official-sounding “Netherlands Office Taipei.” The question is, what will that support get Taiwan in the long-run?

Taiwanese diplomats acknowledge that this crisis has presented an opportunity for them, though they are careful about how they frame it. An official at Taiwan’s Ministry of Foreign Affairs told Quartz: “If you want to say that helps Taiwan’s international standing, maybe, but why does it take a tragedy?”

“I think Taiwan deserved to be treated better. It’s just kind of sad that it takes a pandemic to make people see that.”