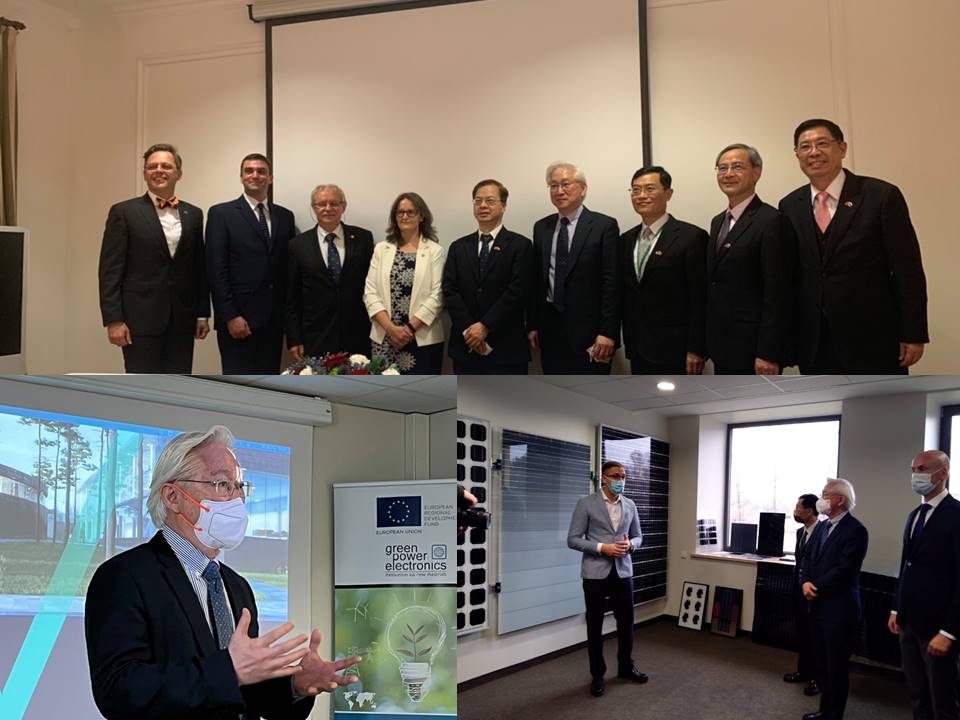 On October 28th, the Taiwanese delegation led by Minister Tsung-Tsong Wu of Ministry of Science and Technology (MOST) visited the Vilnius City Innovation Industrial Park (VCIIP). The VCIIP representatives gave a presentation, explaining that VCIIP’s goal is to strengthen Lithuanian innovation system and excel high-tech competitiveness by creating a functional R&D infrastructure and communications, thus increasing the attractiveness of the Park for foreign investment and innovative companies. The development goals of VCIIP include: mobilizing resources for innovation, creating a value chain network, clustering science and business, and developing park operator’s functions.

VCIIP is the first and only industrial park in the capital of Lithuania. It is located in the northeast of Vilnius, and covers 24 hectares. Since operation started from August 2018, VCIIP is dedicated to developing infrastructure and communication technology, paving for further progress in high-tech fields, as well as business and science collaborations. On the other hand, Taiwan’s Hsinchu Science Park (HSP) has already been successfully operating for over 4 decades, not only contributing to TSMC and other iconic companies of the semiconductor chain, but also making global achievements such as hitting first in IC packaging and testing; coming in second in crystalline silicon solar cell and TFT-LCD panel fields; and achieving third in LED manufacturing.

“The high-tech innovation corridor, together with a complete supply chain has been formed by the science parks in northern, central and southern Taiwan. This is Taiwan’s foresight planning for high-tech research and development, and has become the base for startup settlement. Taiwan is willing to share its valuable experience in the development of science parks,” Minister Wu said in the meeting.

The presentation on the development and achievements of Taiwan’s Science Parks was given by Dr. Wayne Wang, Director General of HSP. Representatives from VCIIP and Lithuanian industries also introduced their industry features, advantages, resources and approaches.VCIIP has 17 companies and 5 clusters, with most of them being bio-tech related enterprises, such as BIOTECHA, Stem Cell RC and GENSINTA. Some incubators are also established in the science park. During the meeting, presentations were made by companies such as Poliprojektas, a fire protection engineering company, IMUNO DIAGNOSTIKA, a company focused on immunodiagnosis, and proTECH, a carbon footprint calculating company, and a short tour was arranged to the exhibition area of solar panel samples.

VCIIP is still in the development stage and has a relatively smaller scale compared to those in Taiwan. Nevertheless, both sides look forward to futher opportunities for cooperation and exchange of visits in the future.